What makes up a Wisconsin AWS? 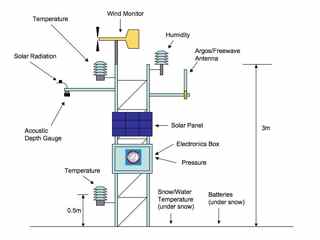 Today, there is a variety of automated weather station systems installed at a host of locations worldwide. However, the Wisconsin AWS system stands out for its ability to function in the harsh environment of the Antarctic. The Wisconsin AWS 2B weather station, modified and improved from the original Stanford design, focuses on working unattended for up to several years at a time. The AWS 2B system can handle a wide variety of applications and is hardened for the polar environment. The components of the AWS 2B core electronics meet military specifications for the cold environment – and are some the of the same components used on the Pioneer 10 spacecraft, the first spacecraft to exit the Solar System. The computer memory inside the AWS 2B is only 256 bytes for the early version of the system. While this is very small by today’s standards, the efficient use of memory is all that is needed to make readings from the sensors, and package the observations for transmission.

Polar Research Laboratory (PRL) Argos certified transmitters were used for communications from the AWS to the DCS system on NOAA polar orbiting spacecraft. Later, the entire AWS 2B itself was Argos certified, as the transmitters are reprogrammable, a feature not found in all DCS transmitting systems. Constructing the complete electronics system allowed the AMRC to achieve an absolute understanding of how the observations are made from the sensors and how the readings are captured, treated, packaged and transmitted to the spacecraft. 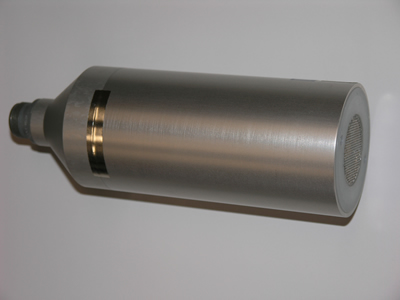 The meteorological variables measured by sensor systems are the base state variables: temperature, pressure, wind speed, wind direction, relative humidity on an increasing number of systems, temperature difference between the top of the AWS to about a half meter from the surface on select systems, and measurements of snow temperature at multiple levels. A couple of AWS sites situated close to the shore along the Antarctic Peninsula offer observations of water temperature. An increasing number of AWS systems measure the accumulation of snow at sites using Acoustic Depth Gauges (ADG). The selection of sensors is a critically important component in what makes up a Wisconsin AWS. 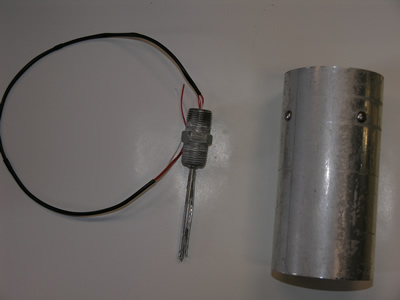 Platinum resistance thermometers (PRT) are the basis of most Wisconsin AWS temperature readings. These sensors offer the ability to measure the range of temperatures experienced in the Antarctic (+15 C to -85 C), with a resolution of 0.125 C and accuracy of +/-0.5 C, with very little drift over the life of the sensor. Snow temperature measurements use a two-junction thermocouple with specifications similar to the PRT. To capture very high quality atmospheric pressure measurements, the Paroscientific Model 215 A is used. This offers excellent range (0 to 1100 hPa) and resolution (0.05 hPa), but the key is the accuracy of +/- 0.2 hPa with a drift of 0.2 hPa per year or less. Some AWS systems retrieved after 15 years of service have revealed drift of only 0.3 hPa over that 15-year time frame. Having very accurate surface pressure measurements combined with the Global Position System (GPS) elevation measurements at the AWS locations provides important input and ground truth observations to numerical weather prediction models over the Antarctic.

Wind measurements in the Antarctic are a challenge due to the extreme range they cover (from calm/light winds to sustained hurricane strength). Hence, site-specific solutions are utilized, with standard aerovanes (e.g., RM Young) 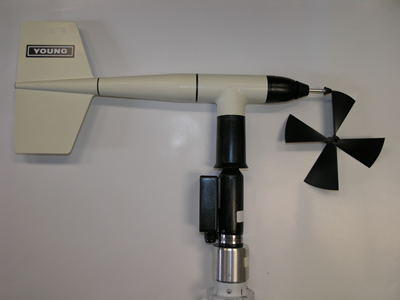 at locations unlikely to see very extreme winds speeds. However, at sites that do suffer from sustained extreme winds a specialized high wind speed system, Hydro-Tech, is employed to monitor wind observations. While this device will not capture light wind speeds very well, it is one of the best devices to observe high wind speed events, especially the sustained katabatic drainage wind events that occur in the Antarctic.

Relative humidity is notoriously difficult to measure accurately, and the Antarctic is no exception. The original network did not include this measurement, but over the last decade, humidity probes (Vaisala HMP series) 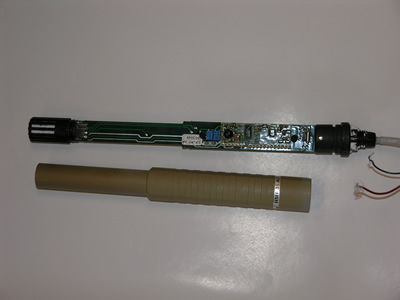 have been deployed with Wisconsin AWS systems. While these measurements lose their accuracy at very cold temperatures, they do provide reasonable measurements where there is significant humidity impacting the Antarctic (fog on the coast, snow events over the ice shelves, etc.).